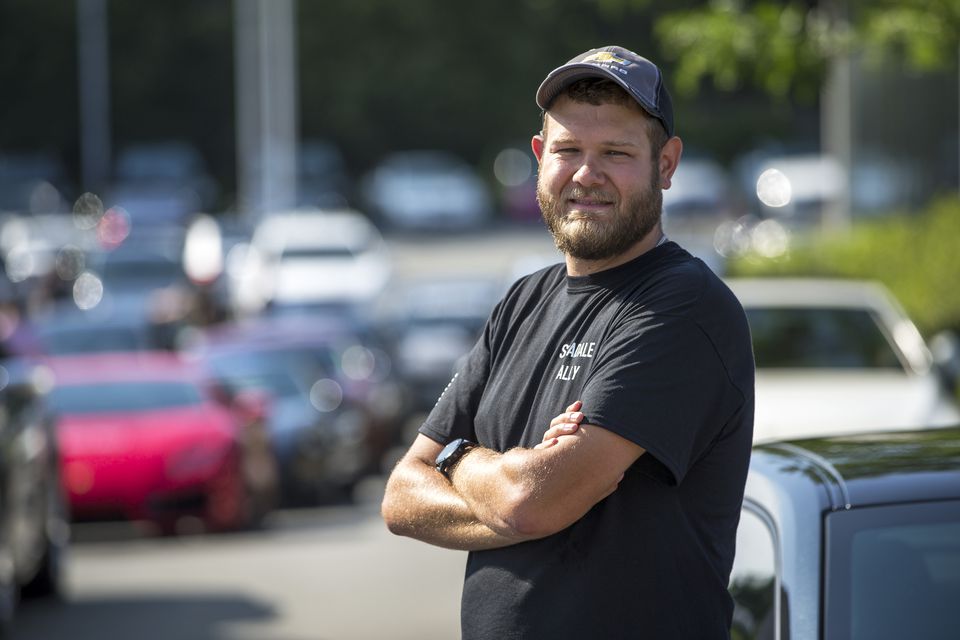 If you’ve ever driven past Brandon Bailey’s limited edition 2012 Chevy Camaro on the streets of Waltham, you would only know that he’s deaf if your eye caught one of his logos on the back windows.

Bailey’s used to people being surprised that he has a passion for cars despite missing one of his senses. “I prove them wrong,” he said.

With his best friend’s help, Bailey, 28, became “Deaf Car Guy” on YouTube, where he shows off exotic cars he sees in his travels. “He never saw a deaf guy host a car channel on YouTube before, and he wanted me to be the first one,” Bailey said.

“He was always into cars, even when he was a baby,” said his father, Jon, who recalls getting Brandon a subscription to his first car magazine when he was 9.

Though he can speak, it can be difficult to understand Bailey without an interpreter. Because of that, it’s easier for him to present his videos in American Sign Language using subtitles.

Bailey’s social life was difficult when he was younger. As a child, he tried his best to fit in at hearing schools, and his parents tried to get him interested in T-ball and other sports, but it didn’t work out.

“The coaches didn’t want to deal with the deafness and the kids didn’t want to play with him at all. But these car guys … they embraced him,” his father said. “That hearing impairment he has is never an issue [with them].” 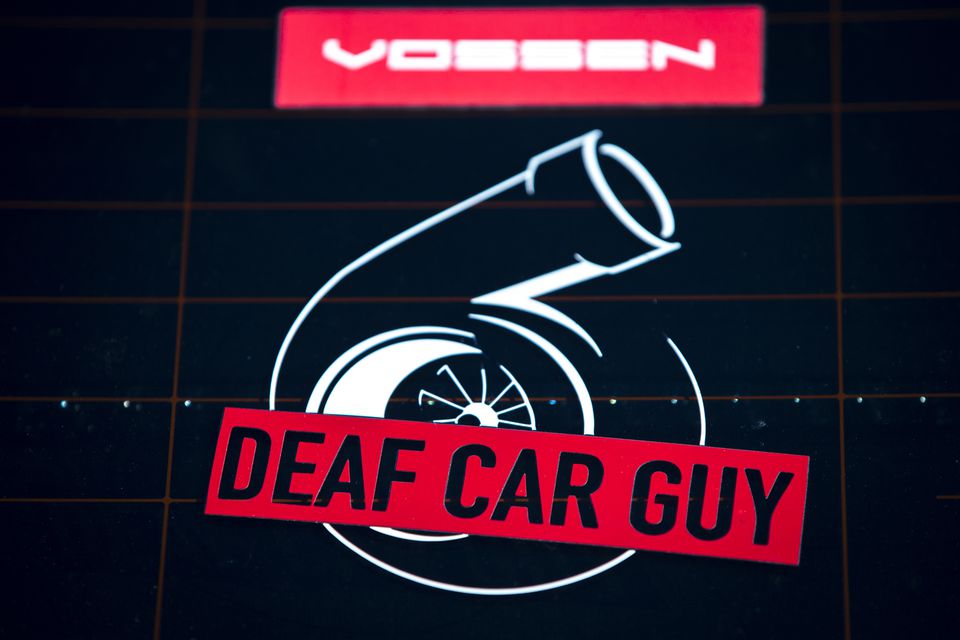 When Bailey was 3, he got a cochlear implant, which can provide a sense of sound to a person who is profoundly deaf. One of the first thing he ever heard was the rumble of his dad’s car engine. He fell in love instantly.

“[Brandon] never wanted to be much of a mechanic, but he loved the sound of the engine. It’s ironic for a deaf kid,” his father said.

Shortly before Bailey got his driver’s license at 16, he met Lorenzo Alonge, a customizer at Eastside Motoring in Waltham. Knowing Alonge from his work posted on social media, he went up to his table at a car show, grabbed his card, and said “When I get my license I’m gonna come and see you.”

The day he got his license, Bailey got the keys to his 1998 Chevy Blazer and a brand new world was available through his windshield’s view. The first thing he did? Exactly what he said he would. Bailey went to Alonge’s shop and they’ve been great friends ever since.

It blew Alonge away when he saw the look of wonder and excitement on Bailey’s face when he met him for the first time.

“He literally just showed up and said, ‘Can we look at the cars?’ and I said ‘Take your time, walk around.’” Alonge said. “Fast forward, we became friends pretty quickly.”

Twelve years after Bailey got his license, Alonge talks about Bailey like he’s a part of his extended family. Alonge helped customize the wheels, suspension, and exhaust on Bailey’s Camaro.

“He would hang around the shop and he’d watch our technicians build cars. He got the itch and before you know it, he was modifying on his own at home,” Alonge said.

Since his sophomore year at Newton North High School, where he was a member of the class of 2011, Bailey has worked as a jack-of-all-trades at Alonge’s shop. As an apprentice, he assisted in the customization, cleaning, detailing, and maintenance of the high-end vehicles serviced by Eastside Motoring. He’s also been a key part in marketing, designing the shop’s current logo and creating videos of cars the shop has customized for its website and Facebook advertising.

In 2015, Bailey earned a bachelor’s degree in industrial design from Massachusetts College of Art and Design. Using the skills he learned, he was able to branch out from Eastside Motoring, working as a freelance designer and photographer. Bailey has had clients in the car world as far away as Anaheim, Calif.-based VMR Wheels, as well as off the road gigs with Burlington Pediatrics and the Waltham Police Relief Association.

Now, Bailey is beginning to organize car enthusiast meetups himself. On a sunny Sunday at the Mercedes-Benz dealership in Lynnfield, he hosted the second annual Stradale Rally, attracting a wide variety of muscle cars.

Bailey’s mom, Doreen, was glowing with pride as Brandon mingled with his deaf friends who shared his passion for horsepower. “They all just mingle and do their thing. It’s like there’s no disabilities here right now,” she said.

Word of mouth is spreading. At this year’s Stradale Rally, Bailey raised $2,000 for NEADS World Class Service Dogs, up $500 from last year. The charity trains dogs for people with disabilities.

Whatever road Bailey decides to take, Alonge will talk about Bailey with the same reverence Bailey had for him when they first met. “Brandon’s the type of guy when he puts his heart in a direction, he goes for it and he gets it,” Alonge said. “He gets a lot of respect from the guys in the car community.” 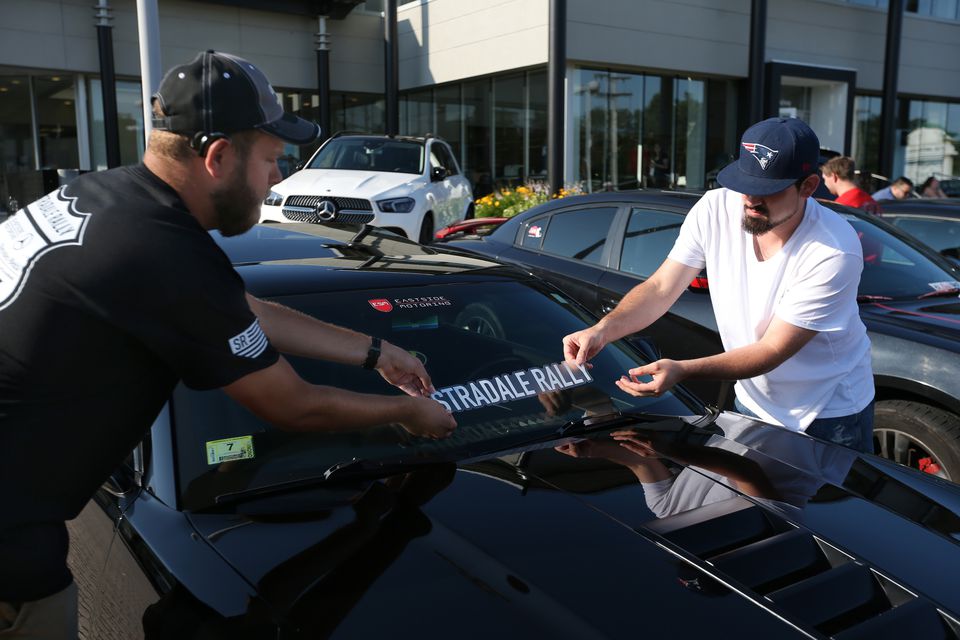 Joe Cusack can be reached at cusack.j@husky.neu.edu.