A deaf poker player from Australia has caused uproar after it emerged he may not be “deaf enough” to be called a champion. 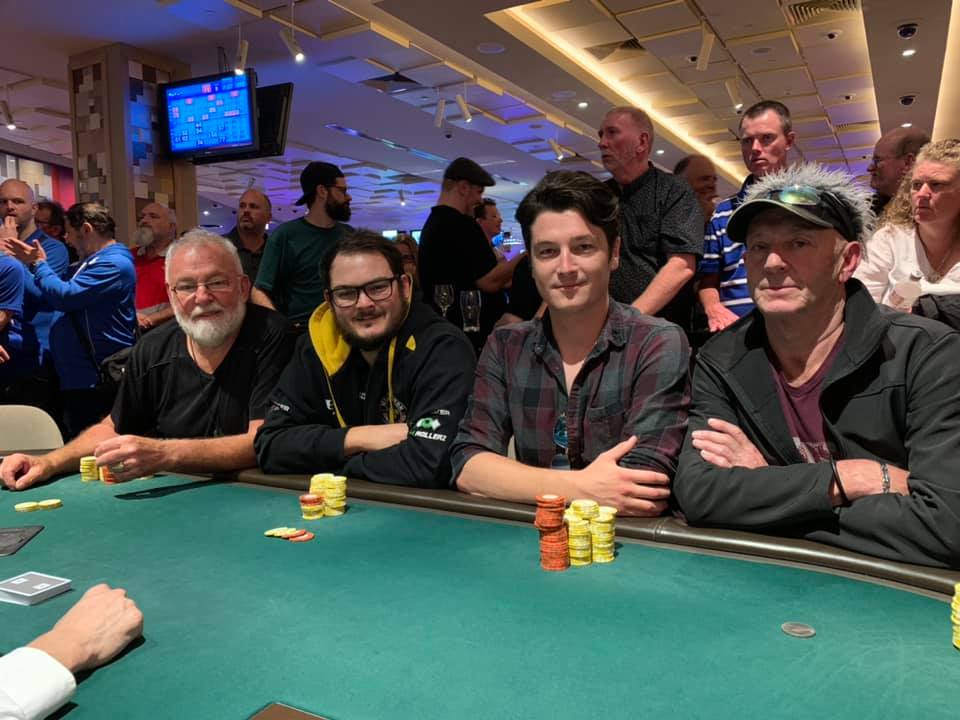 Chris Smitton (right) has caused an uproar after winning a deaf poker event, despite being able to hear. (Image: Deaf Poker Australia)

Following his win at the 2019 Deaf Poker Australia Championship, Chris Smitton has been branded a fraud by fellow participants who contend his disability isn’t severe enough to warrant a seat in DPA events.

As is customary in DPA events, players start by introducing themselves using sign language. According to those inside Crown Perth, Smitton simply pointed to a tattoo of a mute symbol by his right ear.

When the final table rolled around on Oct. 20, Smitton emerged as the man to beat. Taking control in the latter stages, he eventually took out Mikey Wilkie to win the DPA Championship trophy and AU$3,300/US$2,260.

After news of his victory went live, some members of the DPA community made their discontent clear. Posting comments on the organization’s Facebook page, certain people took offense to a winner who some believe is not deaf enough.

“Congratulations to all the players except Chris Smitton,” wrote Damo Barrett.

As well as attacking Smitton, players also questioned the DPA.

“Thought the main event was for deaf and HOH (hard of hearing) only?” Andrew David Waterworth commented.

Offering some balance, Brian C Mac urged DPA members to respect Smitton. He pointed out that no one from the tournament team stopped him from playing.

“I think you need to apologize to Chris, as it’s not entirely his fault. He simply asked the question, can he enter because he was deaf in one ear and, yes, maybe the rules should have been explained,” Mac wrote on Oct. 21.

Doubling down, Smitton told TheWest.com.au that he won the tournament “fair and square.” Moreover, he said he is profoundly deaf in his right ear, and slightly deaf in the other.

Despite Smitton’s claims, the DPA has pledged to investigate the situation. In lieu of its report, the organization has called for courtesy and respect.

It does, however, want to ensure that the integrity of the deaf poker community is upheld.

Although it might be considered a sub-community, deaf poker has been on the rise over the past decade. As well as events in Australia, other countries have played host to a number of deaf poker tournaments.

In 2015, one of the community’s top players, Jonathan Cyril Collins, was sadly killed in a drug deal gone wrong. More recently, the Deaf Poker Tour has held events in Ohio, Florida, Maryland and even Italy.

Given the reach of deaf poker, an investigation is necessary. Although Smitton’s win may be well deserved, there’s a clear need for deaf poker tournaments to maintain certain standards.

Just as men playing in female events can make a mockery of the concept, the same is true in this situation. Therefore, the DPA is planning to engage with all parties and bring the matter to a satisfactory conclusion.