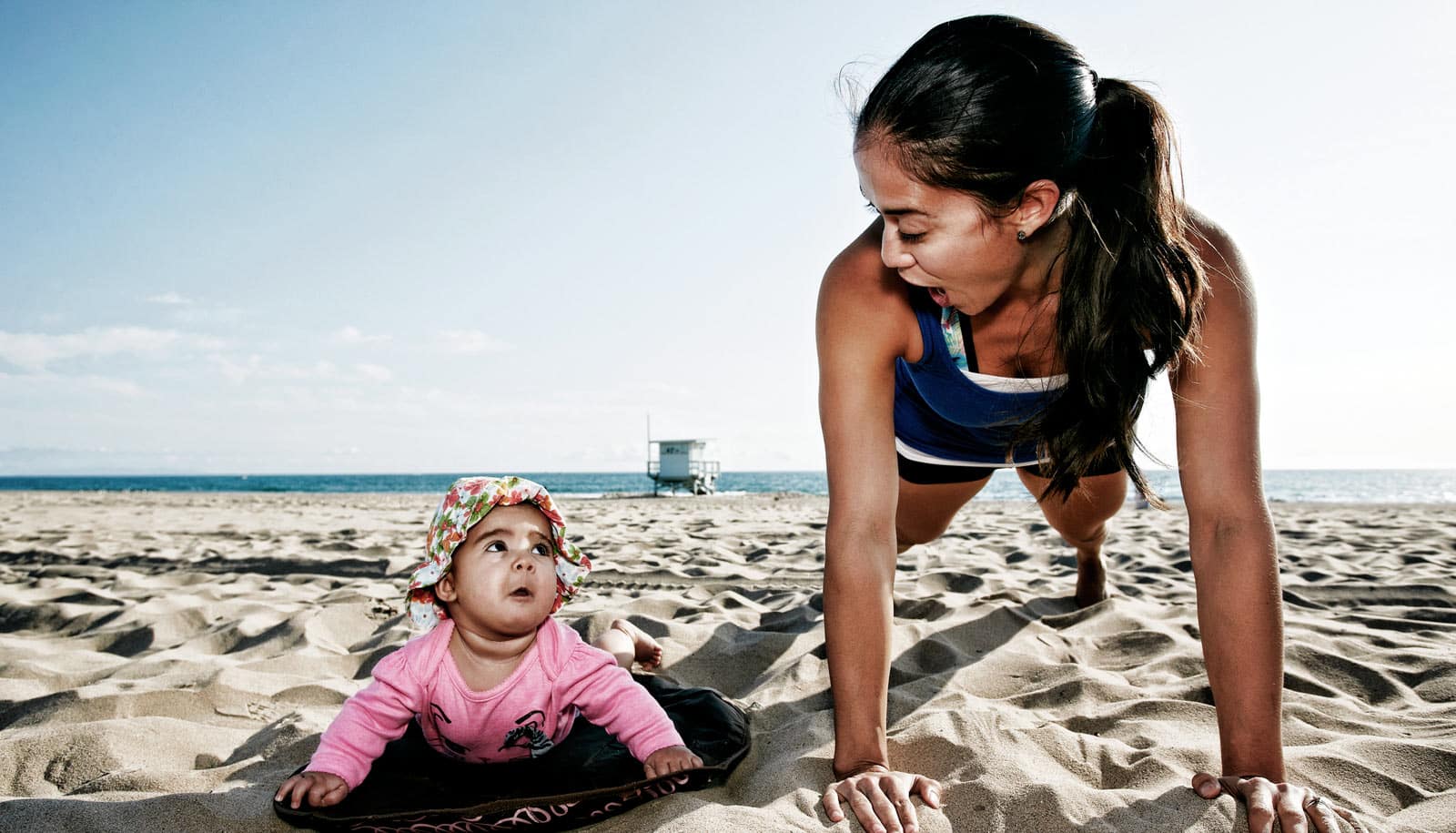 Deaf infants “are raised with a visual language and become exquisitely attuned to the visual signals from adults.” (Credit: Getty Images)

Eye gaze helps infants communicate. Through everyday interactions, eye gaze establishes a social connection between parent and child and is linked to early word learning. But can learning experiences before a baby’s first birthday prompt babies to pay more attention to their parent’s eye gaze?

To test this, researchers at the University of Washington’s Institute for Learning & Brain Sciences (I-LABS) sought out Deaf infants raised by Deaf parents—families who primarily use visual language and visual cues.

The result shows that early experiences do matter. The study, published in Developmental Science, stems from broader research into early learning and finds that Deaf infants of Deaf parents may be more attuned than hearing infants to the social and visual signals of others.

“Children adapt to the people who communicate with them,” says Rechele Brooks, a research scientist at I-LABS and lead author of the study. “Whatever your social context is, you’re learning from the people around you. Children thrive through interactions with other people. This work shows that children tune into social cues in their environment starting from early infancy.”

While gaze following in hearing infants has been studied, the behavior hasn’t been formally examined in Deaf infants.

“Deaf infants, like hearing infants, strive to communicate with others.”

“Informal observations of Deaf infants interacting with their Deaf parents have suggested that these infants possess keen control over their eye-gaze behavior. To evaluate this, we set up a controlled experiment and tracked the gaze behavior of multiple infants,” says Jenny Singleton, a linguistics professor at the University of Texas at Austin and coauthor of the study. Because fewer than 10% of Deaf infants have Deaf parents, the research team needed to recruit Deaf infants from across the country.

During the study, each infant sat with a parent, facing a researcher across a table. The researcher set up the room with two objects, one on either side of the infant. Silently, the researcher then looked to one of the two objects, and a camera recorded the infant’s response. Each trial was objectively “scored” based on where the infant directed their gaze.

Scores showed that the Deaf infants were nearly twice as likely as hearing infants to accurately follow the gaze of an adult. Younger Deaf infants (those between 7 and 14 months old) were even more likely to do so than hearing peers.

The accelerated gaze following among Deaf infants could be related to their exposure to sign language. “A signed language environment creates a natural demand on young infants to shift their eye gaze between their parent (who is signing) and the world of interesting objects. Deaf infants may also have enhanced visual control as a result of their sole reliance on visual cues, and not auditory cues,” says Singleton.

In the experiment, Deaf infants were also more apt to look back at the adult after following the adult’s gaze. This “checking back” behavior is a form of communication, which can indicate that the infant is seeking more information from the adult. Hearing infants can learn from both what an adult looks at and what the adult verbally says about it; Deaf infants must rely on visual cues.

“Deaf infants, like hearing infants, strive to communicate with others,” adds Andrew Meltzoff, co-director of I-LABS and a coauthor of the study. “They are raised with a visual language and become exquisitely attuned to the visual signals from adults.”

There is a more general lesson about human nature, too, Meltzoff says: “The human mind and brain flexibly adapt to achieve our fundamental birthright—connections to others.”