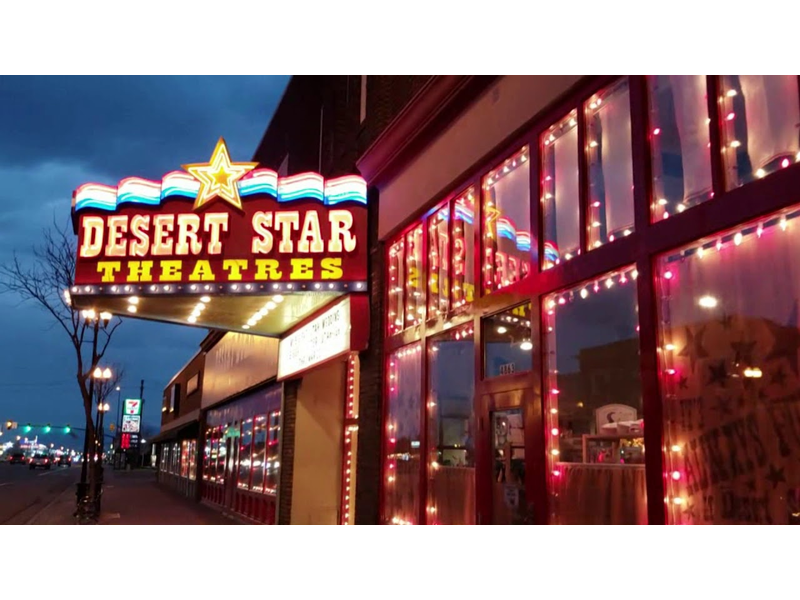 Desert Star Playhouse offers individual ASL performances for all of its shows.

Putting on a musical for those who will not hear may sound exactly like the type of humor that Desert Star Playhouse is known for, but for Desert Star, it is no joke. The Murray playhouse provides select American Sign Language (ASL) performances for the Deaf community. Audiences at Desert Star may have noticed interpreter Jennifer Harkness on certain nights, signing to members of the crowd.

“The Deaf community is interested in the same things the hearing community is… it’s just usually such a fight for them to get the equal access to which they have the right,” Harkness said. “Utah theaters, for the most part, are recognizing this and stepping up and it’s wonderful!

Desert Star has been providing interpreters for the last 16 years. It’s also been a great way to spread awareness of the Deaf community and their language and culture. Hearing audience members are constantly saying how much they enjoy seeing the interpreting being provided.”

“For each production, we have a scheduled performance featuring an ASL interpreter. Jennifer Harkness is most often the interpreter for these performances. She is uniquely qualified because she played the piano at Desert Star at one time, so she really knows the gig, and she’s also a fantastic interpreter,” Artistic Director Scott Holman said.

While ASL interpreting may make sense for a non-musical drama or comedy, many may question why musical theater would have an interpreter. According to Harkness, there are many answers to that question.

“One of the many important things to remember about the Deaf and Hard-of-Hearing community is that they are not all the same. Some Deaf people love music and some just don’t care. It’s a personal thing, regardless of his or her level of hearing loss,” she said. “Also, most of the time, the songs in a musical are furthering the plot, so it’s good to remember that it’s still a way of telling the story of the play. Granted, sometimes songs are silly and superfluous, but they’re still affecting how the audience views the characters. We, as interpreters, have to interpret a little differently to make sure whatever that song is trying to portray is clear and equitable so that the Deaf audience can enjoy it just like the hearing audience.”

Interpreting a scripted performance is one thing, but improvisation and play-on-words are Desert Star’s hallmarks for performance; no performance is exactly the same. “It requires more specialized skills and training than every day interpreting,” Harkness noted. “There are many things that are difficult, but if I had to pick one, I’d say it’s the puns, which are constant at Desert Star. Puns are sound-based jokes that don’t translate directly into ASL, so a lot more has to go into the interpretation. The difficulty is that you don’t have the luxury of time to take these linguistic steps, because in theatre-interpreting, you have to sacrifice your processing time so that you are signing as close as possible to the lines being said.”

Holman said the ASL performances are enjoyed by people beyond the Deaf and Hard-of-Hearing community. “Because of the ad lib nature of our show, we’ve even had actors involve the interpreter in the show. Those times have been fun for everyone in the audience. Even our audiences who aren’t using the interpreter seem to enjoy the exposure to a new language. We’ve had many positive comments.”