Twelve women who attended a celebrated school for the deaf claim a housemaster abused them for years, and the school did nothing to prevent it. 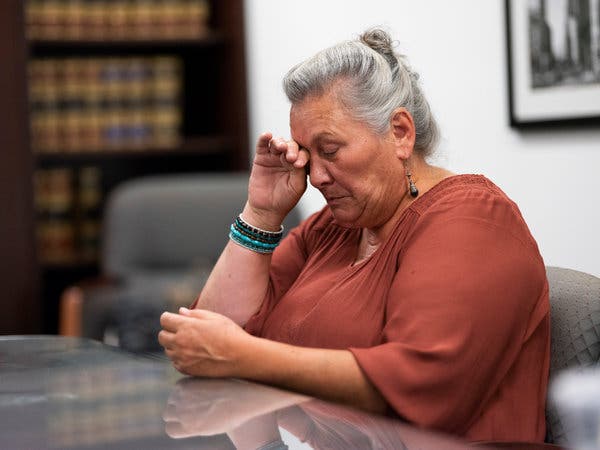 Damita Jo Damiano, who attended the Fanwood school as a toddler, is now a plaintiff in the abuse lawsuit.

During the last few years, the world has received a thorough education in the psychology of sexual abuse victims — the challenges of coming to terms with trauma, of erasing shame and doubt, of summoning the courage to come forward.

But what if the act of speaking your truth seemed impossible in the most literal sense? What if your abuse amounted to a re-silencing because a twist of genetic fate left you unable to hear or speak, and your silence had confined you all along?

On Wednesday morning, 12 women, all of them students at the New York School for the Deaf during the 1960s and ’70s, filed a suit against it in New York State Supreme Court in Westchester County.

Making use of the Child Victims Act passed by the state Legislature this year, one of more than 700 cases to do so, they claim that they were sexually abused by the dormitory housemaster, a man long since dead, who molested multiple girls on a daily basis, leaving them to struggle with the attendant agonies for decades.

Steve Straus, a lawyer representing the school, said in response that the New York School for the Deaf “exists to educate deaf and hearing-impaired children and provide the tools needed for lifelong success. As this matter is in suit, I am unable to comment other than to say that the claims allege conduct occurring about 50 years ago.”

Also called Fanwood, the New York School for the Deaf is more than 200 years old. It had celebrated benefactors from the beginning. DeWitt Clinton was a trustee and served as the first board president.

For decades Fanwood operated as a boarding school. Parents would send children, some of them toddlers, to live there during the week on the theory that deaf children required a lot of work to catch up to their hearing peers.

One of the plaintiffs in the suit, Damita Jo Damiano, was 4 years old when she arrived at the campus in Westchester in 1964. Ms. Damiano came from a multigenerational deaf family in the Bronx; her father went to Fanwood, and her brother was a student as well.

Her initial time there coincided roughly with the appointment of a man named Joseph Casucci to the school’s supervisory staff. Mr. Casucci had been brought in as a housemaster, a role that left him presiding over the dormitory life of very young girls.

Visiting New York from Colorado where she now lives, Ms. Damiano spoke about the abuse through a sign interpreter — how it began right away and how it continued over and over again. “It was a nightly routine, and we were just little girls,’’ she said. “It was the routine we would come to expect: We would do homework, take showers and the abuse would begin. It was normalized.”

When she was young, Ms. Damiano thought about telling her father, but he seemed to be on good terms with Casucci and, at the same time, very temperamental. Once, she recalled, Casucci gave her a haircut. Her father hated it and went ballistic. She worried that if she told him what Casucci was doing to her and other girls at night, that her father would kill him. For decades, she told no one. 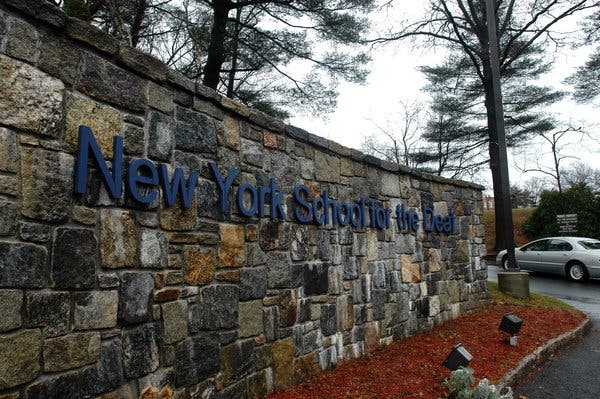 The New York School for the Deaf, also known as Fanwood, in White Plains, N.Y.

Several years ago a study out of the Rochester Institute of Technology showed that deaf and hearing-impaired children suffered from mistreatment disproportionate to children free from those challenges — rates were, in fact, 25 percent higher. Researchers looked at neglect and abuse that was both physical and sexual, and they found that having a deaf parent or a family member who signed was not a protection.

The suit against Fanwood represents one of the first major legal challenges to an institution involving the abuse of the deaf.

The implications are significant not only because the case is likely to compel more deaf victims to come forward but also because it has the potential to create a kind of infrastructure for reporting predation.

Abuse of the deaf is vastly undercounted. A nonhearing person cannot easily call the police; few social workers are conversant in American Sign Language, and hiring an interpreter is an expensive burden for a victim.

“The plight of sexually abused deaf people represents the quintessential tragedy faced by all sexually abused children,’’ said Paul Mones, who is representing the plaintiffs in the Fanwood case, and who has represented victims of childhood sexual abuse for 35 years. “Deaf victims are not just silenced by the abuse, but even when they want to report their abuse, they can’t communicate it to those in a position to help them.”

The Fanwood suit could not have happened without the passage of the Child Victims Act in New York State, a law that broadly extends the statute of limitations for bringing civil or criminal action in abuse cases. Since it was enacted, similar legislation has been passed in New Jersey and California. Most states still provide only a narrow window for bringing charges.

The genesis of the suit, however, was in social media.

Six years ago, after watching a movie about clerical sex abuse, Marlene Hodge, another plaintiff, wrote a post on Facebook about what had happened at the school. It was something she had never really discussed with anyone beyond her circle of friends at Fanwood who were also experiencing the abuse.

The dorm did not have individual rooms; the beds were laid out in a kind of bunkhouse style, and the abuse was often visible, the women said, to the other girls as they were going to sleep. Ms. Hodge’s mother was president of the school’s P.T.A. while she was there, she said, but she was too scared to tell her what was going on. 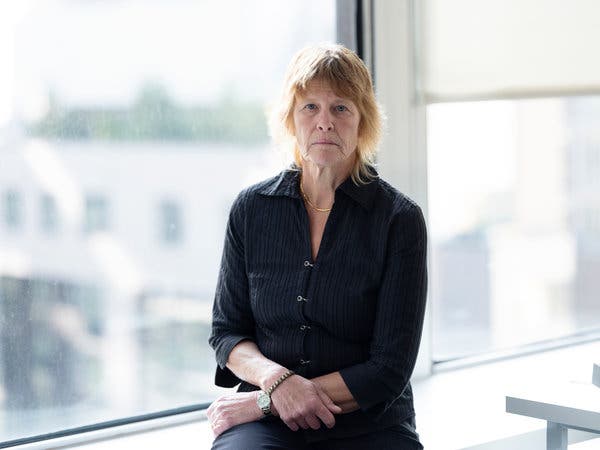 Marlene H. Hodge, a plaintiff in the suit, attended Fanwood starting in 1966. The abuse, she said, began immediately. CreditCaitlin Ochs for The New York Times

Of the suits that have been brought since the Child Victims Act went into effect in New York, only a small number have been filed against individuals. Even when victims want to sue for the symbolic value, hoping to expose their abusers, they have trouble finding lawyers who will take cases with little promise of monetary compensation.

The women suing the Fanwood school are likely to receive some financial reward, but they say they have no interest in a bankrupting a school with such a valuable mission. Graduates of Fanwood have not only gone to college but have also founded their own schools for the deaf.

The deaf world is small, Ms. Damiano explained, and word of the suit will no doubt ricochet quickly. When she first moved to Colorado, she got in touch with other deaf people and built a community. She discovered that many people had stories like hers.

“We are perfect victims,’’ she said