The Colorado Department of Corrections will have to add videophones 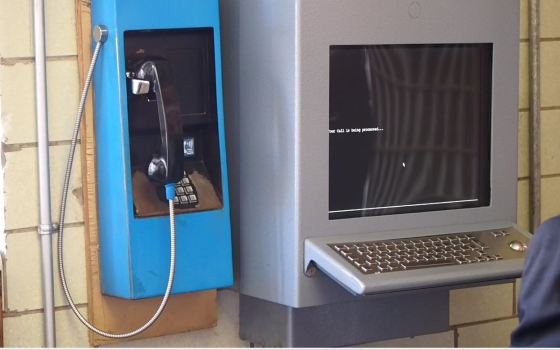 Deaf inmates in Colorado’s prisons will soon be able to communicate with loved ones and attorneys with ease for the first time in decades thanks to a federal lawsuit.

A federal judge ruled Wednesday that the Colorado Department of Corrections must make videophones available to all deaf and hard of hearing inmates as well as those who have family members who are deaf. The decision follows a lawsuit by inmates and inmates’ family members arguing that the current technology is so outdated that it is effectively useless.

“The order yesterday made clear that the Department of Corrections violated the Americans with Disabilities Act,” said Amy Robertson, attorney for the five people who sued.

Prison is especially isolating for deaf or hard of hearing inmates because there are few people they can communicate with inside. In Colorado, lack of outside communication intensified that loneliness because it blocked deaf inmates from family and friends, Robertson said.

The prisons’ default technology, the teletypewriter, was created in 1964 and allows people to type written messages back and forth. It requires people to use written English, which is not a native language to many deaf people. American Sign Language uses its own syntax and grammar.

The teletypewriter process is burdensome, especially if both parties don’t have access to one, Robertson said.

For example, a deaf inmate trying to talk with a deaf person outside must first type a message into the teletypewriter. An operator then reads the typed message out loud to another person. That person then listens to the typed message, translates it into American Sign Language and signs it for a person using a video phone.

The lawsuit is still scheduled to go to trial in December, where a jury will decide how much money to award the five plaintiffs.